Insta Automation helped to create Valio Ltd's new snack plant, commissioned in August. Insta's strongest cards in getting involved in the factory in Riihimäki were long collaboration with Valio and skilful local resources.

Construction of the Riihimäki snack plant – the greatest individual investment in the history of Valio Ltd – started three years ago. The goals were ambitious.

"Our aim was to build a competitive, efficient, flexible, and safe plant that meets future requirements and is environmentally sound," explains Project Manager Jukka Partti from Valio.

According to Partti, the new factory offers the opportunity to create new and innovative products and to flexibly adjust product properties according to consumers' wishes. Flexibility is not the only advantage the plant offers – it is also ecological and energy-efficient, saving a third of energy compared to the old plant in Riihimäki.

According to Partti, Insta impressed with its competence and capacity early on, already during the bidding process. Insta's strongest cards included familiarity with the old Riihimäki plant and skilful Finnish resources.

"Insta succeeded in putting together a competitive tender and convinced us with their competence and capacity," says Partti. 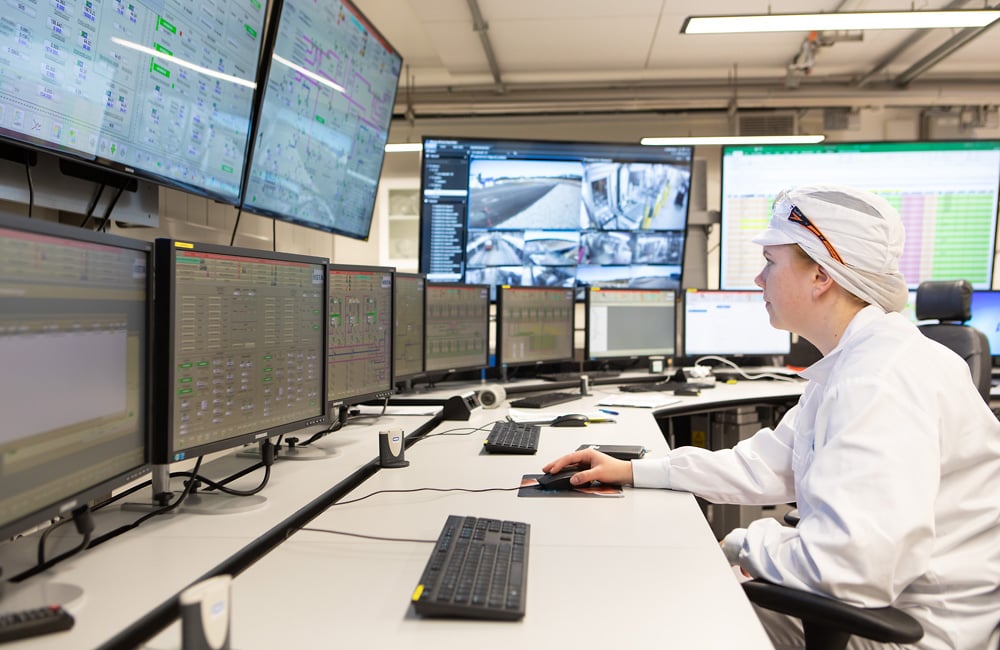 A third contract was signed in October 2015. It included the distribution cabinets implemented by Insta Automation's Cabinet Manufacturing as well as the electricity, instrumentation, and automation installations carried out by Installation.
"It was great to be able to provide the customer with all turn-key solutions under one roof," says Tommi Komu, Group Manager, Food and Chemical Industry at Insta Automation.

"Because we had done several projects with Valio in the past, we could utilize the existing competencies and strengths of our employees."

According to Komu, the scope of the project is perfectly illustrated by the person-years spent on it: Approximately 25 person-years were spent on project management, engineering, and programming; 32 on installation and manufacturing.

Komu praises Valio for their flexible and smooth cooperation. According to him, a good example are the FAT tests – where systems were thoroughly tested together with Valio personnel – carried out on Insta's premises. Partti agrees: "Cooperation with Insta has been very good throughout the entire project, and we have been able to tackle challenges as we've faced them." The end result meets the set requirements very well.

The main stage of Seinäjoki City Theatre will be renovated. The goal of the renovation is to offer the audience an unforgettable and modern theatre...

During the project, the plant’s automation system will be renewed, together with the related process, machinery and instrumentation equipment. Insta...