The core business of Empower Group, which operates in the Nordic and Baltic countries, is the maintenance of power plants and factories, as well as the building and maintenance of smart grids and telecommunications connections. Insta Digital conceived a user interface for an application that can be used to monitor the earthing of power lines at Empower's construction sites, improve occupational safety, and prevent fault situations.

Temporary earthing of power lines has typically been recorded using telephone calls, Excel spreadsheets, and paper charts. However, traditional ways of working have been prone to human error, which can have significant consequences. Failure to monitor could lead to personal hazards and financial losses, so a change in the situation was wanted.

The old methods were decided to be replaced by a network service. The field operator can mark there whether the temporary earthing has been connected or removed as soon as the work is done. With the application's help, one can quickly perceive the whole situation, which is always up-to-date, even if the power line is worked on by several different teams.

UX design included in product development right from the start

Because the application was to be deployed directly in the field, it had to be easy to use and fit well into the existing process. The new tool would not have been used if the field operators had found the application too cumbersome. To ensure the best possible user experience, it was clear that user interface design and service design had to be included right from the start of product development. Intopalo, now Insta Digital, was chosen as the application concept partner.

─ User interface design is not our core competence, so we needed a partner for it. The ideas and ways of working proposed by Insta seemed worth trying, and the perspective was fresh, says Kimmo Saarela, Director of Empower, IoT Solutions, and Digital Applications.

An essential part of the user interface design was getting to know the real user environment and conducting a user survey. It was carried out by interviewing and observing the users of the service. Based on the research, use cases were modeled, a prototype was developed and tested with real users, and a plan for product development was prepared. The concept resulted in a user interface that has gathered positive feedback from the field, and there has been no need for significant usability changes.

─ The application got immediately used in the field when we build and maintain power lines. There have been no errors with the earthing, and the project manager has already requested the application for use next autumn as well, Saarela says with satisfaction. 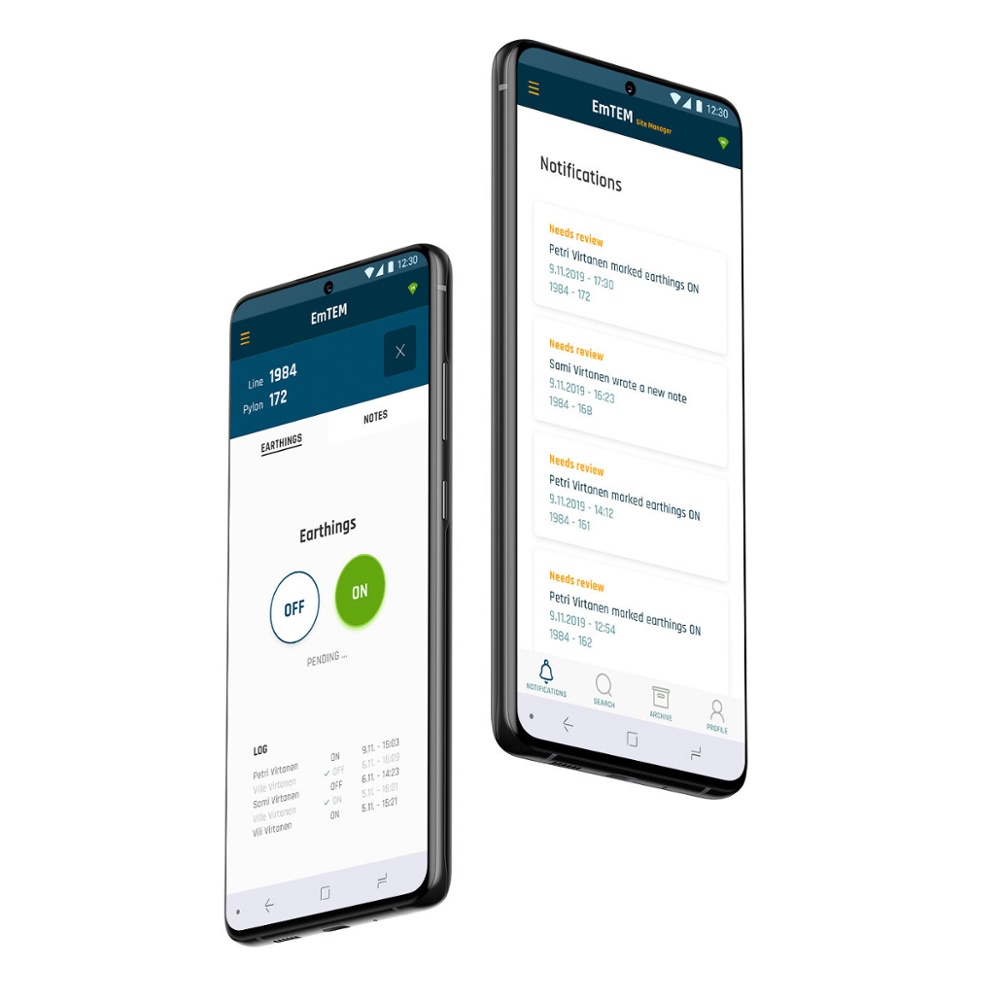 Aiming for a smart society

According to Saarela, the cooperation went well overall, and the launch of the application at the fair took place on the agreed schedule. Insta's design team worked a natural part of Empower's own development team.

─ Insta's operating models and service design expertise were an important part of developing the application. Without Insta's UX experts, the result would have been much worse. Everything went as expected, and cooperation has continued on new projects.

The digitalization of earthing monitoring is one step on the road to a smart society of the future and the realization of Empower's mission.

─ We are building society's critical power grids, and this app will help us do it safely and efficiently through digitalization. That's right at the heart of Empower's business, Saarela sums up.

Insta ResponseTM product family as a basis for ERICA The ERICA project was initiated in 2011. The system's primary environment are emergency response...

The main stage of Seinäjoki City Theatre will be renovated. The goal of the renovation is to offer the audience an unforgettable and modern theatre...

LähiTapiola is a life insurance company that offers services to different customer groups, and its most important values are courage, goodwill and...