Digitalization and climate change. These are the two key megatrends currently at work within the energy industry. Both trends are strongly interconnected: thanks to digitalization, future production and use on energy will be a lot more responsible, decentralized and consumer-driven than today.

Just like industrial companies in general, the energy sector has a lot to gain from digitalization. By utilizing AI and smart algorithms, adjusting and optimizing the operation of an industrial facility becomes more punctual and data-driven. This, in turn, not only boosts and improves production but also allows taking the right measures at the right time. Smart production produces just as much energy as is needed at the time, thus saving both running costs and the environment.

In addition to boosting existing production, digitalization enables completely new innovations. Instead of focusing on traditional production facility-driven operations, businesses can now move toward a heavily distributed model in which consumers also become producers. For example, the exterior surfaces of future electric cars could be coated with material that collects solar energy. When a parked car has fully charged, the extra available energy would not be wasted, as the car’s owner could sell the energy as part of the distributed production model.

Distributed energy production also enables all-new ways of consuming energy. Consumers get more authority and electricity is no longer bought solely based on price, but also ethical values. At the same time, consumption becomes more precise, as people can acquire energy to meet specific needs instead of making long-term contracts. In fact, purchasing electricity could become an Uber-like service, where the consumer picks her preferred electricity producer on a map. This producer could be a traditional production facility, an electric car as mentioned above or, say, a private home distributing its excessive thermal energy.

Improving cybersecurity is a continuous process

Digitalization has the potential to truly change the world – as long as it is implemented in a safe and secure manner. Especially when it comes to critical areas with high continuity and security of supply requirements, such as energy production and distribution, you really cannot put too much emphasis on cybersecurity. You have to secure both the systems and the data – that is the only way to have a secure, optimized supply cycle.

In practice, cybersecurity is an ever-continuing race, as the operating environment lives in constant change. Despite all the changes, you must have up-to-date mechanisms for monitoring and following up on cybersecurity. Luckily, technologies such as AI can help with this, as you can train an AI application to look for security deviations. This way, you can detect and prevent potential threats before they cause actual harm.

However, businesses should also remember that cybersecurity is not the only element of security. Digital security, along with the company’s physical working environment and operational processes, they all form a combined whole. In this bigger picture, all individual parts must be equally strong when it comes to security.

When the operational environment is in a state of flux, a digitalization strategy gives decision-making more structure. A well-suited strategy covers the megatrends affecting the market as well as the opportunities arising from digitalization. It analyzes the interplay between market developments and new technologies. In addition, the strategy defines the company’s strategic cybersecurity, how this strategy is lead and what its target level is.

Right now, megatrends are shaping the energy market. When you utilize technology for the benefit of both the environment and your customer, however, you can build your success on a solid footing. 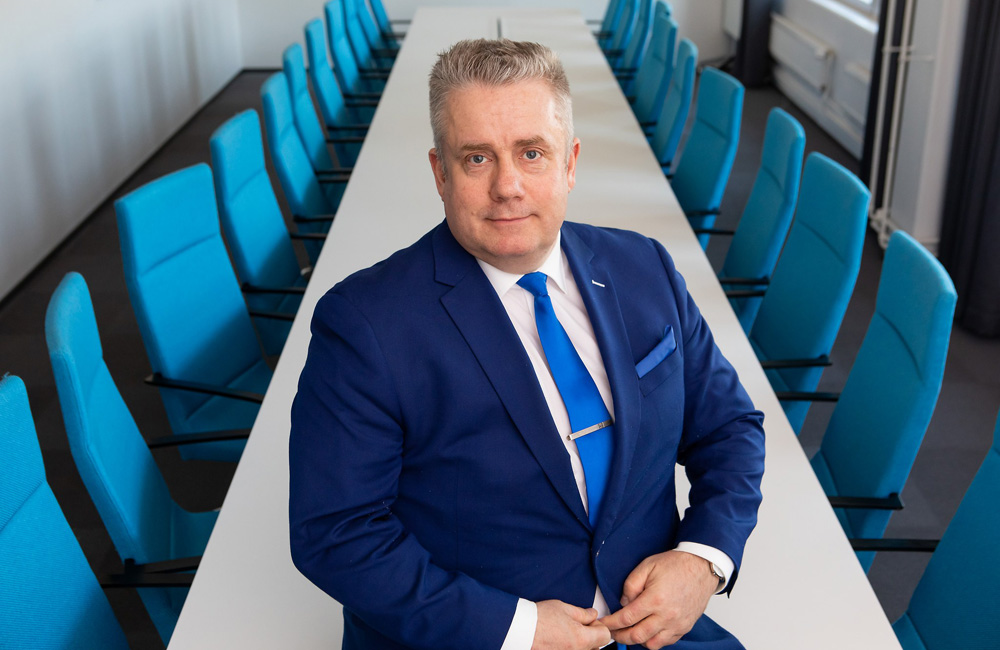 Henry Nieminen is the CEO of Insta Group

Digitalisation is changing the operating environment of businesses at a rapid pace. The traditional production-centric operating model is viable in a...

A safe society is built through collaboration

A safe society is also a smooth society. It is an environment where safety and flexibility of operations are in balance. If safety is built...

There has been a dramatic increase in digital threats in recent years, which makes the strategic management of cybersecurity more important than ever...